This was the first time I visited the Fondation. Riehen can quickly be reached by tram from Basel, which roughly takes half an hour. The building, designed by Renzo Piano, perfectly blends into the landscape. Especially the water area with the water lilies on the southern part of the Fondation forms a tranquil transition between inside and outside: not by chance does the museum count as one the most beautiful in the world. 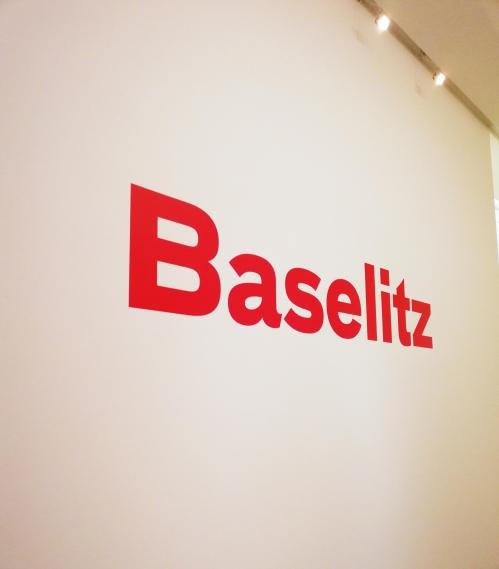 The retrospective shows about 90 paintings and 12 sculptures by Baselitz from the years 1959 to 2017 from European and American art collections.

Viewing “Adieu”, one of my favourite Baselitz works, was certainly a highlight for me. (Here are my top 10 works of Baselitz). The artwork’s title “Adieu” reflects a sense of growing separation: one of them is only partially there while the other one is leaving.

By the late 1960s, Baselitz had begun to turn figures in his paintings upside down, insisting that the viewer should rather focus more on the lines and hallmarks of the painting than on the resemblance to reality. According to Baselitz the yellow-white chessboard was inspired by a Grand Prix race starter flag.

The exhibition, wonderfully curated by Martin Schwander in cooperation with Baselitz also accommodates another significant work: “Die Wendin”, a sculpture from the series “The Women of Dresden” (Dresdner Frauen), 1990. Baselitz began to create sculptures in 1979. The roughly carved wooden sculpture is part of UBS Art Collection.

The sculpture and its entire production technique are noteworthy: it was created by an aggressive act in which the women are “wounded” by chainsaw and axe. Moreover, the relation to the “The Women of Dresden” is quite moving: the work refers to the complete destruction of Dresden near the end of the Second World War and the subsequent rebuilding of the city by these strong and courageous women. They carried massive stones, drove wheelbarrows and collected bricks. They cleared the rubble off the streets and sorted out usable building material. A considerable achievement until the present day.

Georg Baselitz is a skilled speaker and various pointed statements on his multi-facetted artistic œuvre left a mark on the talks. I present some here:

“It’s important to understand what others are doing – I listen to contemporary music and read literature: currently expressionism.”

“I think my works appear very fresh in the retrospective and in the Beyeler building, I was afraid that the opposite would happen.”

“Edvard Munch is an inspiration.”

“I didn’t make any compromises. Right from the start, I was sitting in my studio thinking about what will get me any further. “

“My uncle, a Protestant pastor in Dresden, was a passionate art lover and took me to art museums and exhibitions at a young age. This strongly influenced me.”

“The polaroid camera liberated me. I was able to take photos of my wife, nature and document everything without having to go to the photographer.” 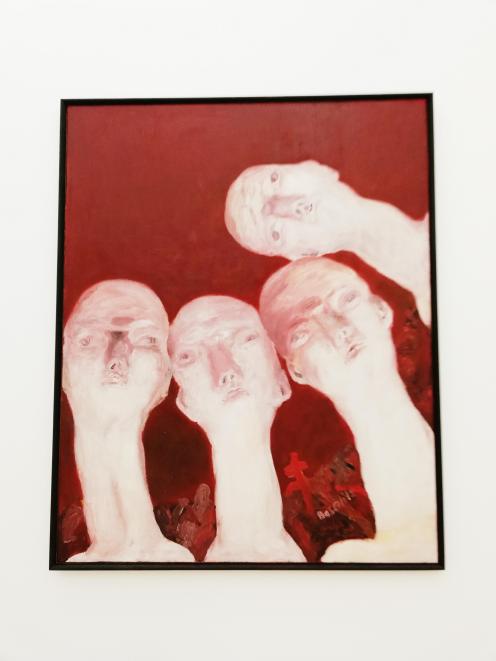